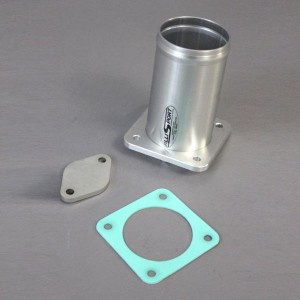 Removal of the Exhaust Gas Recirculation (EGR) system is widely recognised as a simple and effective method of improving the efficiency of a turbo diesel engine. The EGR allows hot, used gases back into the engine and can cause excessive black smoke and lack of power.  Cool air is fundamental for efficient, clean combustion and power!

Our EGR bypass system not only stops the hot, second – hand air entering the engine, but also removes the restriction caused by the original EGR set up, which is considerable particularly on later engines.

The AlliSport design of EGR valve bypass does not interfere with the engine ECU systems, and will not cause any warning lights to occur. Original manufacturers replacement EGR valves are expensive and likely to fail again.